The Birth of Krishna 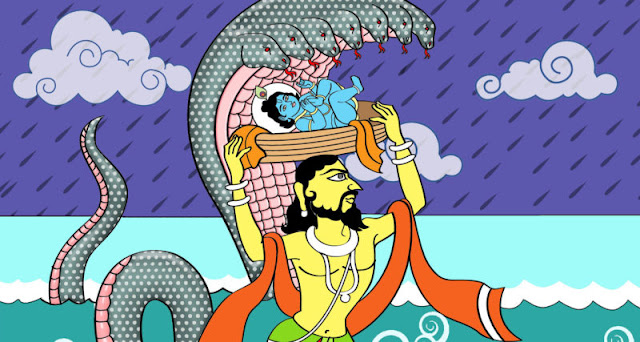 It was midnight when Krishna was born. Outside, it was raining heavily. The Yamuna river close by, was flooded. Clouds covered the moon, so there was little light. Inside the prison cell, it was warm, as Devaki hugged her new born son, who was smiling at her. But Devaki and her husband Vasudeva were too frightened to smile. They looked nervously at the locked gate of the prison. No guards showed their faces. This meant they did not know yet that the eighth child was born. That meant Kansa, the King of Mathura, too did not know about the birth.
Just a few years ago, Kansa had been a devoted brother to Devaki. They were cousins and very close to each other. On the day of her marriage, the newly married couple were taken in a procession, and Kansa himself drove the chariot.
Amid the jubilation, rising over the beating of drums, a voice was heard, loud and clear. “The eighth child of Devaki will be the destroyer of all evil in this world.” Everyone was happy to hear the divine voice. Devaki’s son would bring in the good times.
Only one person was shaken to hear the divine oracle — Kansa. His father, Ugrasena, used to warn him time and again, “you have strength and power. I only wish you pay attention to Dharma. You must use your strength and power for the good of everyone.” Kansa would disagree. “Only the fittest will survive,” he would argue, “I adore strength and power. I want to inspire fear in people so that no one will pose a threat to me.”
Now he could see a threat to him. Kansa winced. “I must nip it in the bud.”
Thus, as the voice from the heavens heralded the coming of the Destroyer of Evil, at that very moment, evil raised its head in Kansa.
One moment Kansa was full of love for his cousin. The next moment, his love turned into hatred. He pulled the reign and brought the chariot to a halt. He drew out of his sword and charged at the bride. He would have killed her had Vasudeva not come in between.
“Devaki has done you no harm, Kansa,” said Vasudeva in a quiet voice.
“Do you expect me to do nothing when the child that she will deliver is going to kill me?” asked Kansa.
“The voice said no such thing. But I can understand if you have reasons to hate the child that will be born to her one day. But you have no reason to hate Devaki,” pointed out Vasudeva. “Spare her life. We will hand over to you every child that will be born to us.”
Kansa reluctantly agreed. But to ensure that the couple would not run away, he threw them in prison. When Ugrasena tried to stop him, he threw the old king too into prison, and occupied the throne.
Vasudeva was already married to Rohini. When her husband was taken a prisoner, Rohini moved to Gokula, a village on the other bank of the Yamuna. She took a house next to the house of Nanda, the Village Chief and a friend of Vasudeva.
In Mathura, Kansa put Devaki’s little sons to death as soon as they were born. But when Devaki’s seventh child was about to be born, Devi Yogamaya decided to save the child. The child about to be born was miraculously transferred to Rohini, who delivered the baby the very next day in Gokula.
Unaware of the trick played on him, Kansa thought that Devaki’s seventh child was dead. He wished the eighth child too would meet such an end. But he was not prepared to take chances. He posted more guards to keep a watch on Devaki. The guards were told that he should be informed as soon as the eighth child was born. He would come to the prison, pick up the baby and would kill it with his own hands.
Now that the eighth son was born, Devaki shivered with fear. Vasudeva anxiously looked at the prison gate, fearing that Kansa would walk in at any moment.
at August 10, 2020 No comments:

Story of Janmashtami in Hindi 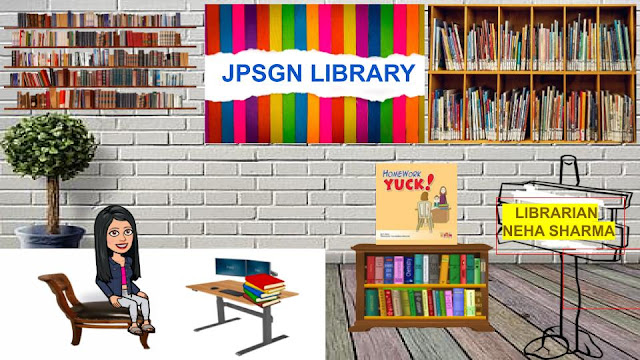 In this extra ordinary situation arising out of Pandemic, National Centre for Children's Literature, a wing of National Book Trust, India is keeping you updated about latest in the world of Children's books and literature.

Hope you would find it useful.

If you want to purchase online any of these or all, please visit. https://www.nbtindia.gov.in 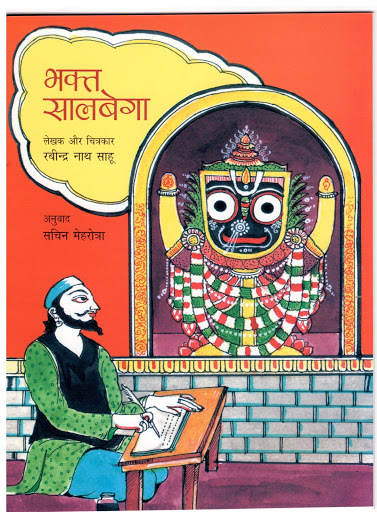 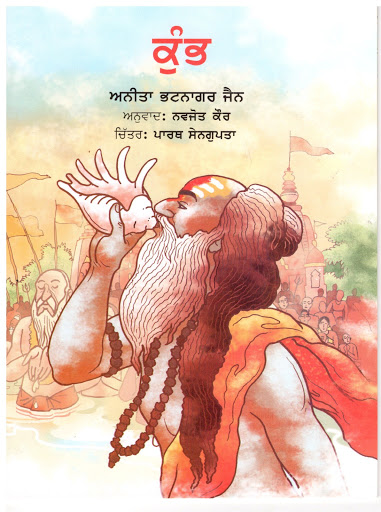 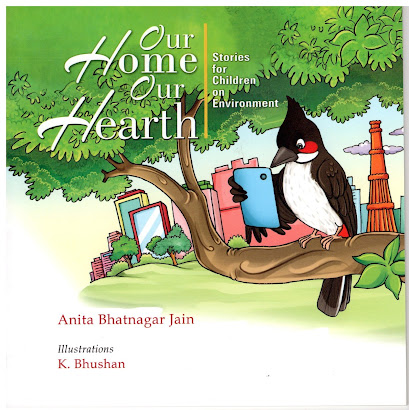 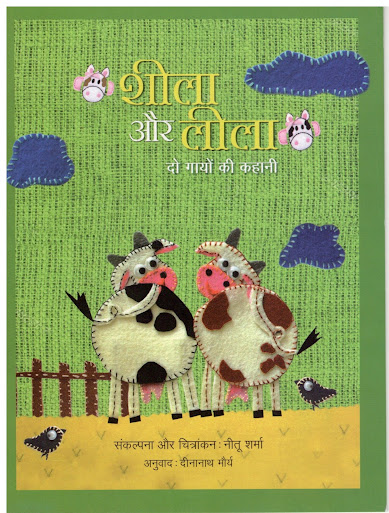 National Library Day is celebrated in India on 12th of August Every year in memory of Birthday of Mr. S.R. Ranganathan, the man who gave a lot in Library and Information Science field. 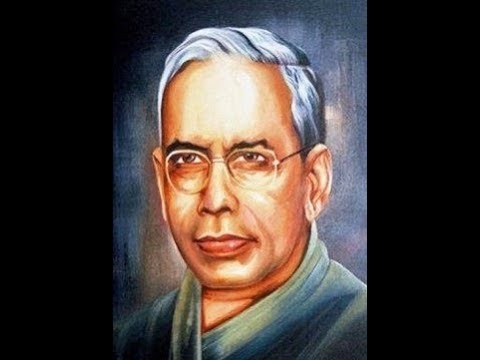 First Law: Books Are For Use
Second Law: Every Reader His/Her Book
Third Law: Every Book Its Reader
Fourth Law: Save The Time Of The Reader
Fifth Law: The Library Is A Growing Organism
at August 01, 2020 No comments: 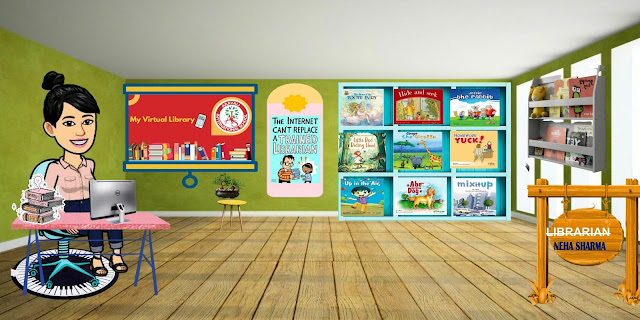 READER OF THE MONTH OF JULY

Any book that helps a child to form a habit of reading, to make reading one of his needs, is good for him 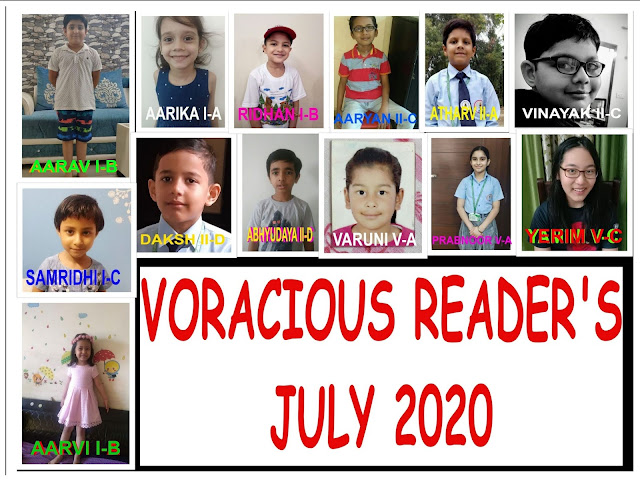 There were once two brothers who lived on the edge of a forest. The elder brother was very mean to his younger brother and ate up all the food and took all his good clothes. One day, the elder brother went into the forest to find some firewood to sell in the market. As he went around chopping the branches of a tree after tree, he came upon a magical tree. The tree said to him, ‘Oh kind sir, please do not cut my branches. If you spare me, I will give you my golden apples’. The elder brother agreed but was disappointed with the number apples the tree gave him. Greed overcame him, and he threatened to cut the entire trunk if the tree didn’t give him more apples. The magical tree instead showered upon the elder brother hundreds upon hundreds of tiny needles. The elder brother lay on the ground crying in pain as the sun began to lower down the horizon.
The younger brother grew worried and went in search of his elder brother. He found him with hundreds of needles on his skin. He rushed to his brother and removed each needle with painstaking love. After he finished, the elder brother apologized for treating him badly and promised to be better. The tree saw the change in the elder brother’s heart and gave them all the golden apples they could ever need.
Story Moral :- It is important to be kind and gracious as it will always be rewarded.
at July 09, 2020 No comments:

Ms.Meeta Bhandula (Principal) "The highest education is that which does not merely give us information but makes our life in harmony with all existence"